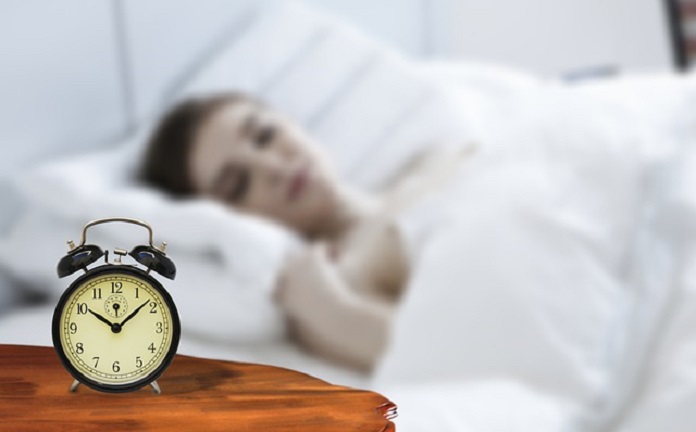 Sleep quality is strongly related to certain mental health issues such as depression and suicide risk but may be treated with cognitive-behavioral therapy.

Sleep is critical for mental wellbeing, as has been demonstrated by numerous studies in the past several decades.

Poor sleep, sleep deprivation, and other types of disturbed sleep can have significant impacts on mental health.

The relationship between sleep and mental health has been documented for many years in the scientific literature. Different psychiatric disorders were found to be associated with sleep problems.

For instance, one of the symptoms of depression, as classified by the diagnostic and statistical manual of mental disorders (DSM-V), is having insomnia (lack of sleep) or hypersomnia (excessive sleep) almost every day.1

In the past several years, research has identified even more aspects of the relationship between sleep and mental health. Researchers and clinicians have also worked to develop ways to better sleep habits in people suffering from mental illness, so as to alleviate the severity of different disorders.

In this article, we will examine research on the association between sleep and onset of depression, as well as death by suicide. After that, we shall briefly look at potential treatments for insomnia and depression.

A 2017 study conducted in the United States examined the effects of insomnia on the onset of new mental illness.2 In their research, the authors reviewed several recent findings from different studies. The researchers found that, indeed, insomnia appears to be a significant predictor of developing psychiatric disorders. The most strongly associated disorder was depression, but evidence also shows a relationship between insomnia and anxiety, bipolar disorder, and suicide.

The authors explain that this relationship could be explained by several factors. On the one hand, there could be shared neurobiological factors, and on the other hand, insomnia may be a strong stressor, and could affect a persons social and psychological functioning. Furthermore, as the authors explain, sleep disturbances often result in excessive daytime sleepiness and fatigue, and these may lead to such issues as a lack of interest or pleasure- symptoms often associated with depression.

Poor sleep and death by suicide

Another study, conducted in 2014, examined the association between poor sleep and suicide risk.3 Also conducted in the United States, this study examined data from nearly 15,000 older adults. The researchers used measures of the participants’ reported sleep quality, depression scales, and vital statistics (i.e. whether they are alive or dead) over a period of 10 years. The study found that participants who reported poor sleep at the beginning of the 10-year period were 1.4 times more likely to die by suicide. Even when controlling for the effects of depressed mood, poor sleep quality still increased the risk for suicide by 1.2 times.

The researchers further examined specific sleep complaints and their relationship to suicide risk. While initially, they thought that difficulties staying asleep were most likely to be related to risk of suicide, their results contradicted that. In fact, they found that only nonrestorative sleep (i.e. waking up without feeling refreshed) was associated with increased suicide risk.

According to the authors, at the center of the link between sleep and mental health issues, in this case, suicide risk, are cognitive and emotional deficits. Other research has determined that sleep disturbances intensify negative emotions and emotional reactivity, as well as activating the area of the brain called the amygdala. Both the inability to regulate emotions, as well as neurological and cognitive deficits, are associated with increased risk of suicidal behaviors.

Treating insomnia in people with depression

After outlining the link between sleep disturbances and mental illness, and the potential consequences of this link, it is important to note that research has also been conducted on potential treatment for insomnia. One such study, conducted in the United States in 2018, looked at the differences in long-term results of treatment for depression and insomnia.4 The study was conducted with 148 adults who receive antidepressant treatment for both major depressive disorder and insomnia. The participants were randomly assigned to either seven weeks of cognitive behavioral therapy for insomnia, or control conditions. Measures of depression and sleep problems were then assessed every four months for a period of two years.

The findings showed that participants responded to the treatment in different ways, and could be classified under three categories: sub-optimal responders, gradual, and rapid responders. The sub-optimal responder class still achieved a reduction in one-third of their depressive symptoms, which is more significant than previous studies according to the authors. However, for both other classes, while responses were higher, they were lower than responses reported in other studies. The authors suggest that this might be due to the fact that the participants had high levels of insomnia symptoms, which may have reduced their response to the treatment.

Over the period of two years after the treatment, findings showed that most participants maintained the gains they have achieved in treatment. However, one in five experienced a worsening of symptoms. According to the authors, this result can be associated with the notion that, for some people, major depressive disorder can be a chronic condition, especially when it occurs together with insomnia. Of the particular measures that the researchers used relating to insomnia, insomnia severity after six weeks of treatment mediated the effects of the treatment on depression levels.

While the three classes of participants responded differently to the treatment, it is important to note that the treatment was nevertheless effective to some degree within all groups. According to the researchers, the fact that different people respond in different ways highlights the importance of paying attention to individual differences in people receiving treatment for depression. The finding that most patients showed reduced symptom severity, but continued to experience some symptoms, further adds to the notion that ongoing care and treatment is important.

Could saffron be an alternative, herbal treatment for ADHD?

A study investigating the effects of saffron in children and teens suggest potential as an alternative herbal treatment for ADHD. Attention-deficit/hyperactivity disorder (ADHD) is a common neuropsychiatric disorder often seen in childhood and adolescence. It is a chronic disorder that results in problems such as poor concentration and impulse control. An estimated 30% of patients […]

Are negative childhood experiences associated with the onset of dementia later in life?

A new study examines the association between childhood trauma and dementia. As the global population continues to age, dementia prevalence is increasing. It’s estimated that by 2050, there will be close to 150 million dementia sufferers worldwide (1). This dementia time-bomb has led to greater research focus on the underlying causes of dementia. Although no […]