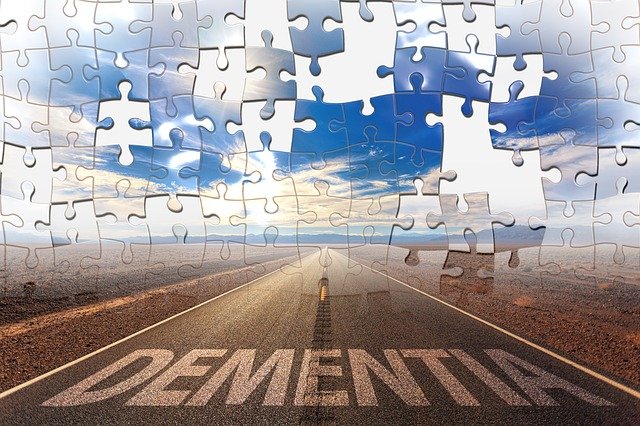 While people with Parkinson’s disease can develop dementia—it only happens when the protein aggregations spread into the cerebral cortex of the brain.

All three diseases can be characterized by the accumulation of certain polymers of proteins within different cells of the brain: amyloid-β [or Aβ] and tau within AD, tau in FTD, and α-synuclein in DLB.

To date there is no cure or even reliable treatment for any of these diseases, despite the research efforts of scientists and pharmaceutical companies.

In part, many of the drugs developed to treat these diseases have failed to improve patients’ cognitive functions in clinical trials.

These clinical trial ‘failures’ can be attributed to two reasons: “the late timing of medication and the wrong drug target”. 1

While the disease cannot be cured yet, it is suggested that treatment starts earlier—prior to the progression of neurodegeneration, and that medicines target the oligomers (the ‘building blocks’ of the insoluble polymers).

In a preclinical study with mice models for AD, FTD, and DLB, scientists at Osaka City University Graduate School of Medicine have shown that the combination of an antibiotic (rifampicin) and an antioxidant (resveratrol) given intranasal reduced the amount of toxic oligomers in the brains of mice.

Using well-studied mice models of the different diseases, the scientists were able to determine the ‘pre-neurodegeneration’ point for each model—and started the trial one-month prior to the onset of neurodegeneration.

While this is a promising step in treatment of neurodegenerative dementia, the authors do state that it will be a while before the drug combination can make it to human trials (with more tests still needed).

While it could still be possibly years before this drug combination (or others) makes it into human clinical trials—this preclinical study has laid the building blocks for taking a different look at how to treat (and even possibly prevent) neurodegenerative dementia.

Image by Gerd Altmann from Pixabay

A new study investigates whether UV light can inactivate SARS-CoV-2, the virus responsible for COVID-19. SARS-CoV-2, which is the novel coronavirus that causes COVID-19, has had a significant global impact throughout the pandemic.  In order to reduce the risk of future adverse events related to the COVID-19 pandemic, it is important to know how the […]

Mental illnesses and disorders can be very common, and have serious consequences for people and the healthcare system. While the impact of mental illness is often very serious for individuals and their loved ones, most people don’t know how common mental health disorders are. Understanding exactly how prevalent, or common, certain mental disorders are, helps […]

Exercise has a variety of health benefits, but can exercise be associated with a reduced risk of anxiety disorders? Regular exercise can positively affect physical health by improving cardiovascular and lung health, building lean muscle mass and strong bones, and promoting healthy weight management.  Studies suggest that daily physical activity may help reduce the risk […]

Back to reality at last? Covid rules are being dropped in Europe despite high omicron spread

Two-thirds of people with omicron say they’ve had Covid before, English study reports

Ex-UK PM Gordon Brown: U.S. and Europe ‘must do more’ to address humanitarian crisis in Afghanistan

January 27, 2022admin
We use cookies on our website to give you the most relevant experience by remembering your preferences and repeat visits. By clicking “Accept All”, you consent to the use of ALL the cookies. However, you may visit "Cookie Settings" to provide a controlled consent.
Cookie SettingsAccept All
Manage consent