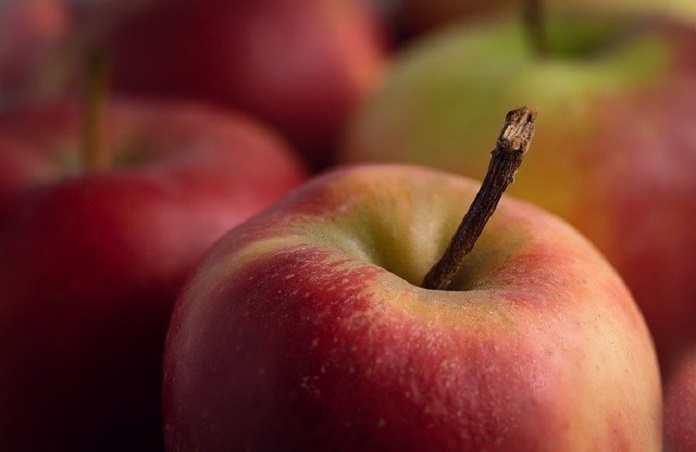 The randomized controlled trial included 46 participants who were overweight or obese. As part of the study, these participants ate three Gala apples per day for a period of six weeks. To compare with this group, the researchers had another group of participants not eat any apples for the same six-week period. Blood samples were taken from the participants both before and after the study period.

Eating apples reduces markers of inflammation in the blood

The study reported reductions in the markers of inflammation – C-reactive protein and LPS-binding protein – in the blood of participants who ate three apples a day, compared with those who did not eat any apples. Two other biomarkers were also reduced in the group who ate apples – these were IL-6 and IL-17.

An increase in antioxidant capacity – an indicator of antioxidant activity – was also noted in participants who ate apples.

The researchers also assessed whether there were any changes in cardiovascular risk markers, and found no changes.

According to the researchers, eating apples “may be an effective dietary strategy to mitigate the obesity-associated inflammation that exacerbates CVD risk, without weight loss.”

Image by Melk Hagelslag from Pixabay

Specific antibodies may be effective against multiple coronavirus types

Patients who have been exposed to a coronavirus may produce a versatile, cross-reactive coronavirus antibody; this may be useful for the eventual development of a broad-acting vaccine. There are seven human coronavirus types, of which, four cause the common cold, named OC43, HKU1, 229E, and NL63. Most people become infected with at least one of […]

Potential use of ivermectin for COVID-19 treatment

Researchers are investigating the potential of the broad spectrum anti-microbial ivermectin for COVID-19 treatment. As the COVID-19 pandemic, caused by the SARS-CoV-2 virus, continues to spread around the world, researchers are looking for candidate drugs to use as potential therapies. Repurposing drugs already in use for other infections could allow a quicker route to finding […]

Does a high dose of vitamin D reduce the number of days spent in hospital by patients with moderate to severe COVID-19? As previous studies have indicated, vitamin D can improve an individual’s immune response and insufficiencies of the vitamin could be a potential risk factor for respiratory tract infections. High serum levels of 25-hydroxyvitamin […]