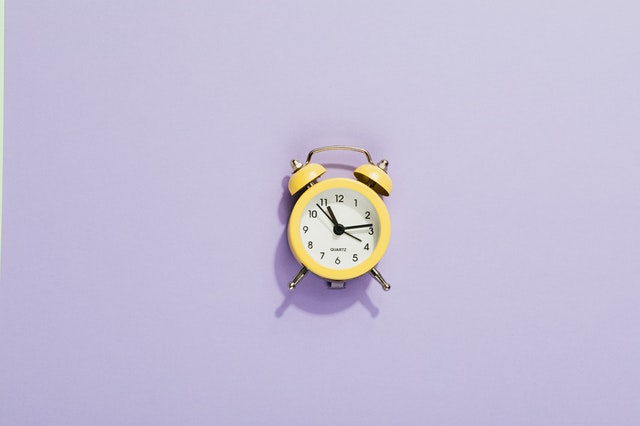 Alzheimer’s Disease (AD), characterized by diminished memory ability, has yet to see any definitive treatment options. A new study from the Rensselaer Polytechnic Institute highlights a promising link between the manifestation of Alzheimer’s and the circadian clock.1

Alzheimer’s Disease is characterized by the accumulation of amyloid-beta proteins (AB) as plaques in the brain.1 This build-up can interrupt normal memory functioning, as observed in individuals with AD.

The accumulation of a key AB protein, AB42, is used to diagnose AD. However, the mechanism for accumulation is not yet fully understood.

The formation of AB plaques in the brain is part of normal brain functioning in healthy adults. Previous studies have shown that the amount of these plaques that exist in the brain varies over a 24-hour period as part of a circadian clock cycle – or oscillation2. However, this oscillation in AB appears to be disrupted in AD patients.

What is the circadian clock?

The circadian clock is a group of proteins that control the levels of various hormones and proteins based on their projected pattern of day and night. This daily fluctuation – or oscillation – of proteins partly controls the immune system response and other bodily features, such as body temperature.3

Researchers tested whether disruption in sleep patterns contribute to the normal AB42 fluctuation patterns in the brain. They used bone marrow-derived immune cells, called macrophages, that normally “eat” AB42 in a process called phagocytosis.1 They then analyzed how the phagocytosis by these macrophages varied with the circadian clock.

Researchers measured the amount of AB42 digested by the bone marrow derived immune cells. The amount digested varied over a 24-hour period with the circadian clock.1 Cells that lacked circadian rhythm did not exhibit fluctuations in phagocytosis of AB42.

Jennifer Hurley is a professor of biological science at Rensselaer Polytechnic Institute and co-author of this study. According to her, ““This tells us a healthy sleep pattern might be important to alleviate some of the symptoms in Alzheimer’s disease, and this beneficial effect might be imparted by an immune cell type called macrophages/microglia.”3

Heparan sulfate proteoglycans (HSPGs) are glycoproteins that play a regulatory role in the removal of AB42 from the nervous system.1

Researchers tested the specific effect of HSPGs on AB42 clearance by observing how much AB42 were consumed via phagocytosis by macrophages. At high levels of HSPGs, phagocytosis was reduced. When HSPGs levels were low, phagocytosis increased.

“When there’s a lot of these cell surface proteoglycans, the macrophages don’t ingest the AB42. We’re not certain why that would be, but there is definitely a relationship,” commented Hurley.3

The fluctuation in HSPGs also varied with the circadian clock.1

This study is the first to identify a link between AB42 clearance, circadian rhythm and HSPGs.1 Since daily circadian oscillations tend to change with age3, creating therapies targeted to regulating these oscillations may provide relief for individuals with AD.

As stated by Hurley, “In theory, if we could boost that rhythm, perhaps we could increase the clearance of AB42 and prevent damage to the brain”.3

More research needs to be done to determine if this relationship could be used in clinical practice.

Photo by Karolina Grabowska from Pexels

Niacinamide in skincare – what is it used for?

Yes, the Bacon-Cancer Link Is Real, But Here's Why You Shouldn't Freak Out

The World Health Organization (WHO) made a bombshell announcement yesterday that left many bacon lovers reeling. In a nutshell, a group of experts conducted a comprehensive review of studies that looked at the association between processed or red meat and cancer. They declared that processed meat is definitely a carcinogen, with the most powerful link to colon cancer. Based on […]

Researchers at UC Berkley investigated if broken sleep is bad for cardiovascular health and how it might cause hardening of the arteries. Cardiovascular disease is one of the leading causes of death in the United States, linked to around 12,000 fatalities each week. It is caused by atherosclerosis, a build-up of fatty plaques inside the […]